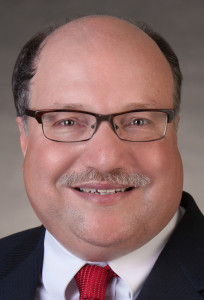 Christopher Carosa, CTFA, is the President of Carosa Stanton Asset Management, LLC, a registered investment adviser specializing in providing private investment counsel to individual trustees and fiduciaries seeking a value-oriented long-term conservative investment philosophy for their portfolio management. The firm’s investment consulting division, Independent Fiduciary ConsultantsSM (“IFC”), helps reduce liability for retirement plan trustees by acting as a fiduciary to the plan while monitoring plans for regulatory compliance and by providing independent investment due diligence. Mr. Carosa is also President and Chairman of the Board of the Bullfinch Fund, a family of flexible no-load mutual funds. He is the portfolio manager of both its flagship fund, the Unrestricted Series, as well as the Greater Western New York Series, the only regional mutual fund investing exclusively in Western New York companies. While IFC cannot utilize these proprietary mutual funds due to our self-imposed conflict-of-interest restrictions, working with these and other mutual funds has given Mr. Carosa a unique perspective when analyzing mutual funds. Quite simply, he knows where all the skeletons are hidden.

In his fourth decade in the investment management business, Mr. Carosa has had the privilege to create several mutual funds, bank collective investment trusts, and an investment partnership. He has also started a trust company and consulted with many firms interested in offering financial services. Prior to starting the firm, he was a Managing Director for a nationally recognized multi-billion dollar investment adviser and Executive Vice-President and Senior Trust Officer of its affiliated Trust Company.

Mr. Carosa earned his undergraduate degree in Physics and Astronomy from Yale University and his MBA from the Simon School, one of the nation’s most exclusive business schools. Designated a Certified Trust and Financial Adviser by the Institute of Certified Bankers, Mr. Carosa has served as President for the Upstate New York Chapter of the Financial Planning Association, one of the largest chapters in the nation. An award winning researcher, Mr. Carosa is the author of five books, including the widely acclaimed industry bible 401k Fiduciary Solutions: Expert Guidance for 401k Plan Sponsors on how to Effectively and Safely Manage Plan Compliance and Investments by Sharing the Fiduciary Burden with Experienced Professionals (2012 Pandamensional Solutions) and Hey! What’s My Number? How to Increase the Odds You Will Retire in Comfort (2014 Pandamensional Solutions). In 2013 he submitted an application to the U.S. Patent Office for his mutual fund analytical tool that measures potential effectiveness of mutual fund investments based on a retirement plan participant’s Goal-Oriented TargetingSM.

Considered one of the leading thought-leaders when it comes to fiduciary issues and 401k plans, Mr. Carosa is recognized as a prolific writer and nationally sought-after speaker. He’s penned hundreds of articles and been published both in print and on-line media. Mr. Carosa has been a regular speaker to national financial conferences on both coasts. He has been interviewed and quoted in several national publications and news agencies, including New York 1, USA Today, Barron’s, Money, Reuters, the New York Times, CNN, the BBC, The Journal of Financial Planning and Neil Cavuto’s Fox Business News television show. He was the co-host for The Western New York Business and Investment Report, which was broadcast weekly on Buffalo’s WWKB radio. He has been on the adjunct faculty of Medaille College and Geneseo and has been an advisor on student projects for Houghton College.